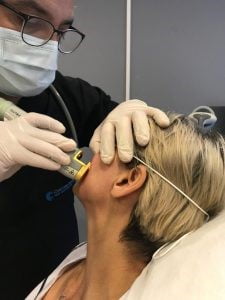 Capillaries are called enlarged and near-surface veins. The appearance of capillaries like a red spider web or small redness on the skin surface due to various factors is called capillary cracking. It can occur in any part of the body, but it is more common on the face and legs.

Facial capillary cracks bring along facial redness; This is a common and undesirable problem in society. The ones on the legs differ according to the occupational groups and can be evaluated accordingly.

Recovery usually takes between 2 and 4 weeks, depending on the patient’s condition. Laser capillary treatments are performed at intervals of 4 to 6 weeks. The sun should be avoided during treatment; afterwards, it is recommended to use sunscreen. They usually do not cause any health problems.

What are the reasons for the formation of capillaries and what are the methods used?

Various types of capillary forms can be seen in more than 40% of women. It is an undesirable cosmetic condition for women and patients should be evaluated for varicose veins. Leg edema, itching, night cramps and signs of fatigue may occur.

Capillary therapy has been treated for years with sclerotherapy and radiofrequency systems. However, in recent years, laser systems have been used more widely in terms of effect and side-effect profile. Less pain is felt in laser application. However, anesthetic creams or painkillers can be used in people with a low pain threshold. Another method is the cooling method. Cooling can be in the laser head or in the form of external cooling.

Complications such as the formation of permanent stains and scars with sclerotherapy occur when the drug goes out of the skin, especially as the vessel diameter decreases. Radiofrequency, electrocautery, and TC 3000 methods are among the limitations in capillary treatment, as the sessions are quite long and painful.

Curious About the Treatment of Cracked Capillaries

In Which Regions Does Capillary Cracking Occur?

It can happen anywhere on the body. But the most common places are legs, face (near the nose, cheek) and hips.

What are the Symptoms of Capillary Cracking?

The main symptoms are: The pinkness and redness that occurs are the formations that is seen on the surface of the skin in purple, blue or red color.

What Causes Capillary Cracking in the Leg?

Causes of capillary cracking in the leg: Estrogen hormone, familial predisposition, standing position, obesity, high heels, and tight pants are among the causes.

What Are the Causes of Facial Capillaries?

Sensitivity on the skin, excessive sun exposure, rosacea disease, metabolic and rheumatic disorders, cortisone creams, alcohol, and genetic diseases are among the causes.

Does Capillary Reoccur After Treatment?

Places with capillaries disappear after treatment. However, varicose veins can also occur in the capillaries around the treated capillaries. In this case, the treatment should be continued.

What are the Capillary Treatment Methods?

Capillary therapy was treated with sclerotherapy and radiofrequency systems for many years. However, in recent years, laser systems have started to be very effective in the treatment of capillaries. It is a widely used method as it has very low side effects. Less pain is felt in laser application. However, anesthetic cream or pain reliever can be used in people with a low pain threshold. With the cooling method, the feeling of pain is reduced. Cooling can be in the leaser head or in the form of external cooling.

What Should Be Considered Before Application?

Before the treatment, if there is any cream or lotion on the body, it should be cleaned. The area to be treated must be completely clean.

What should be considered after the application?

After capillary cracking treatment sunscreen should be used to avoid exposure to the sun. Cream can be applied according to the recommendation of your doctor.

In How Many Days After Application We Can See the Results?

There are not much complaints about pain after the treatment. Slight swelling and redness may occur in the treated areas. Sometimes there may be small crusts that will last for a few days, but these complaints will pass in a few days, the application area should be protected with sunscreen cream.

Is there a feeling of pain during the treatment?

During the treatment, there may be a temporary feeling of pain caused by heat, but it is a pain that can be folded, and the pain can be minimized with the laser cooling head.

What should be the session intervals after the treatment?

Treatment of capillary cracking varies between 4-6 weeks depending on the region.

Is There an Immediate Result After Laser Capillary Treatment?

You may get results immediately. Depending on the procedure, redness may occur. It disappears completely in 4-6 weeks.

What are the Laser Devices Used for the Process?

Is It Applied Simultaneously with Skin Redness?

Yes, both can be applied at the same time. There are no drawbacks, it does not leave any damage to the skin.

With the nose filling, the nose can lift the tip, flatten the nose back, make the nose lip clear and…

Is there a high risk of breast cancer due to hair dyes?

Frequent use of hair straightening chemicals and hair dyes has been found to increase the risk of breast cancer. For…

Do hairs come out again after laser hair removal?

Although the duration of the epilating session may vary from person to person and the areas applied, in optimal conditions…

Application of Botulinum Toxin between Eyebrow

How long is the duration of botulinum toxin?

Botulinum toxin works by binding to receptors that provide nerve signals to ensure the functioning of the muscles. However, since…

Botulinum toxin (Botox, Dysport) Did you know that the duration of action depends on mimic muscles?

Kinetic muscle structure I have no lines when immobile, I can move my eyebrows whenever I want, you have a…